Tsubaki is a classic izakaya byCharles Namba and Courtney Kaplan

The pair has had a long-standing love for izakaya, a style of informal tavern at the heart of Japanese dining tradition. 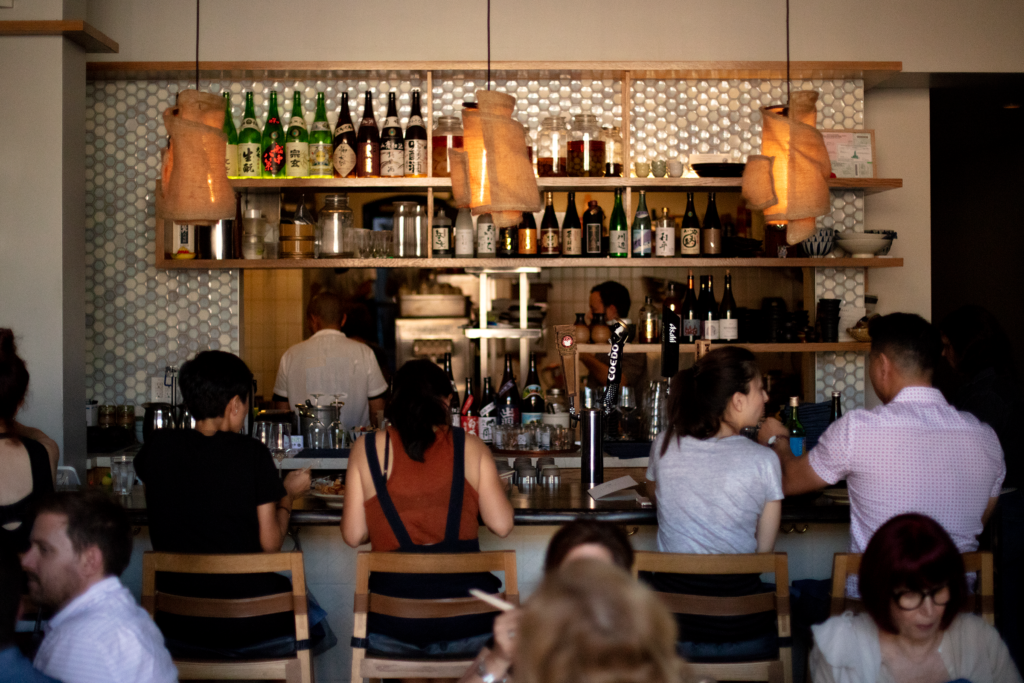 Namba was raised in Los Angeles by Japanese parents and earned his culinary chops in New York, at EN Japanese Brasserie, Chanterelle, Macao Trading Company, and then at Bouchon in Los Angeles. Tsubaki is a return to his childhood roots and the dishes he ate while growing up. All plates are meant to be shared, and are designed to be accompanied by sake, beer, or wine.

The Japanese characters for izakaya translate to “stay sake place,” and drinking is central to the izakaya experience. Kaplan has created a sake program based around jizake (local craft sake) and honkaku shochu (Japan’s traditional distilled spirit). Fluent in Japanese and with over a decade of sommelier experience selling and serving wine and sake at places like New York’s Decibel, EN Japanese Brasserie, and Bestia in Los Angeles, her beverage program offers guests the opportunity to taste small production sake and shochu not found elsewhere in Los Angeles. The wine list is French-focused with an emphasis on small farmers working traditionally and thoughtfully.

More than anything else, an izakaya is a fun, lively environment that encourages drinking and revelry. Tsubaki is no different. 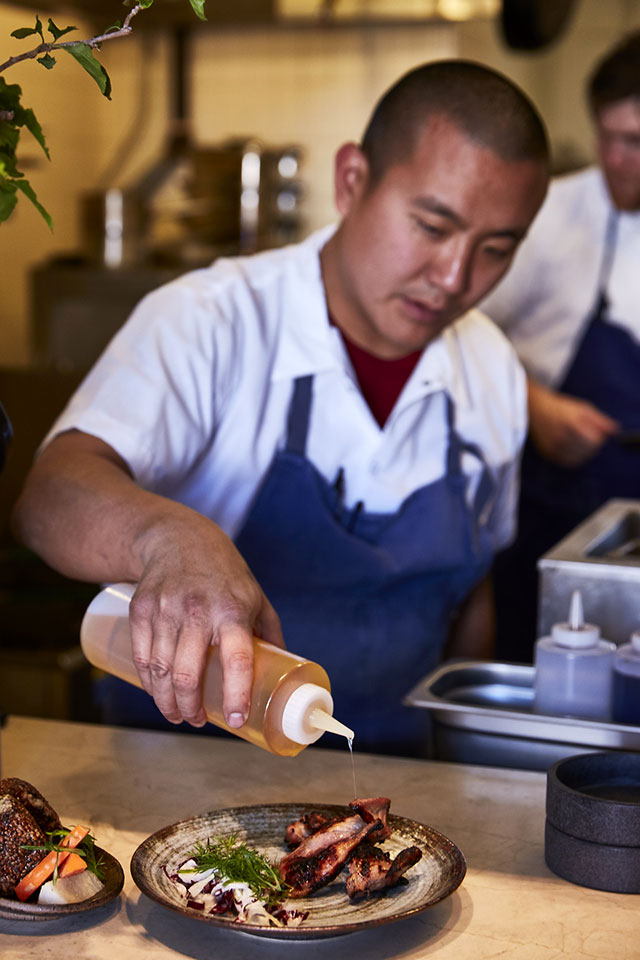 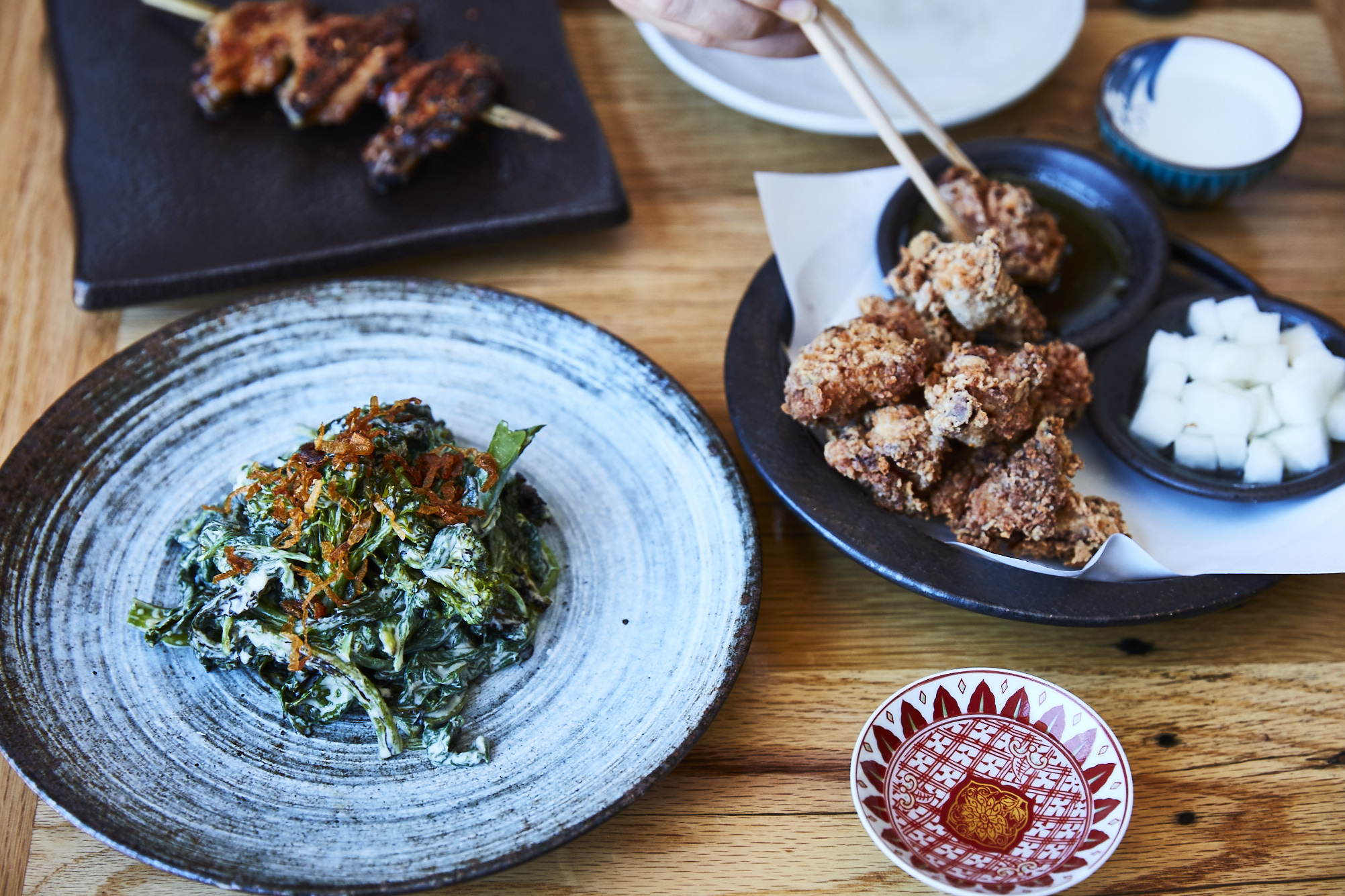 An izakaya is a fun, lively environment that encourages drinking and revelry. Tsubaki is no different. 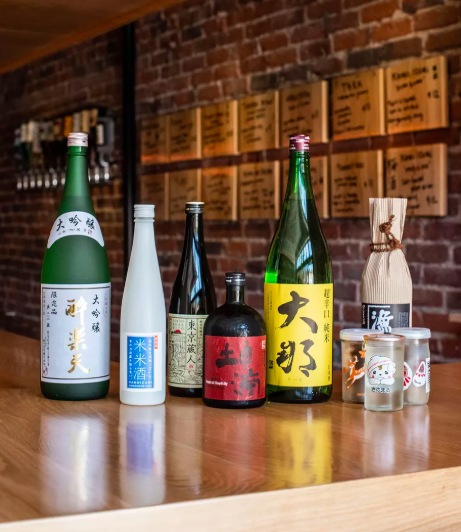 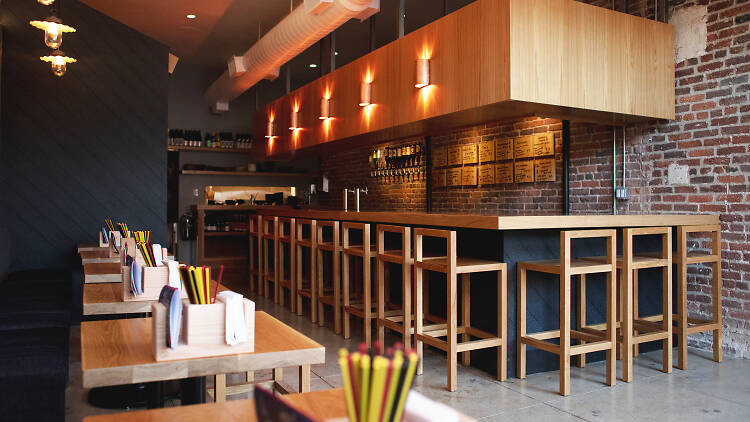 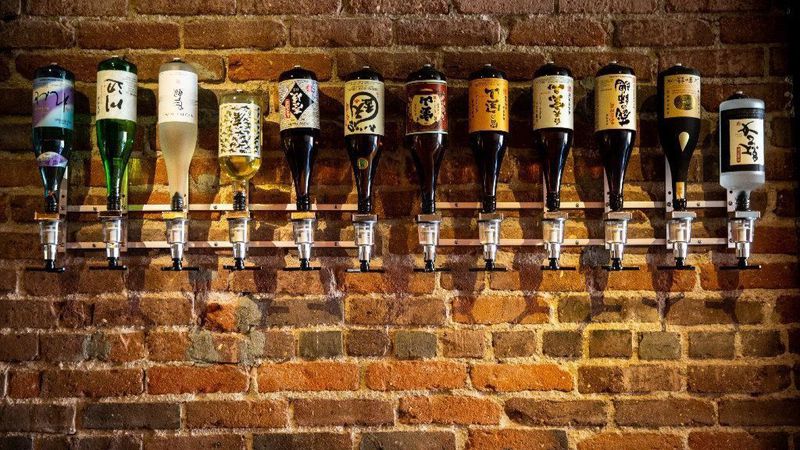 OTOTO, the new sake bar from the Tsubaki team, opens in Echo Park 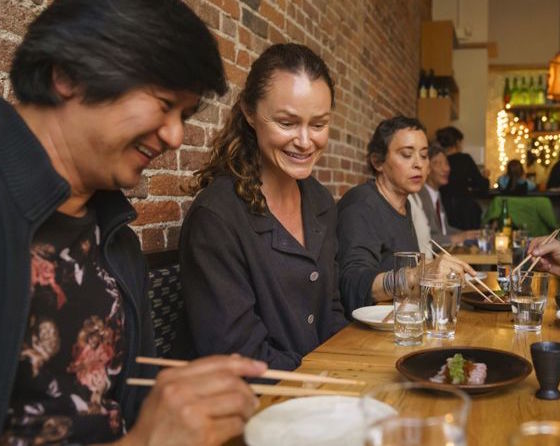 Review: Tsubaki in Echo Park is a modern izakaya with a serious sake obsession 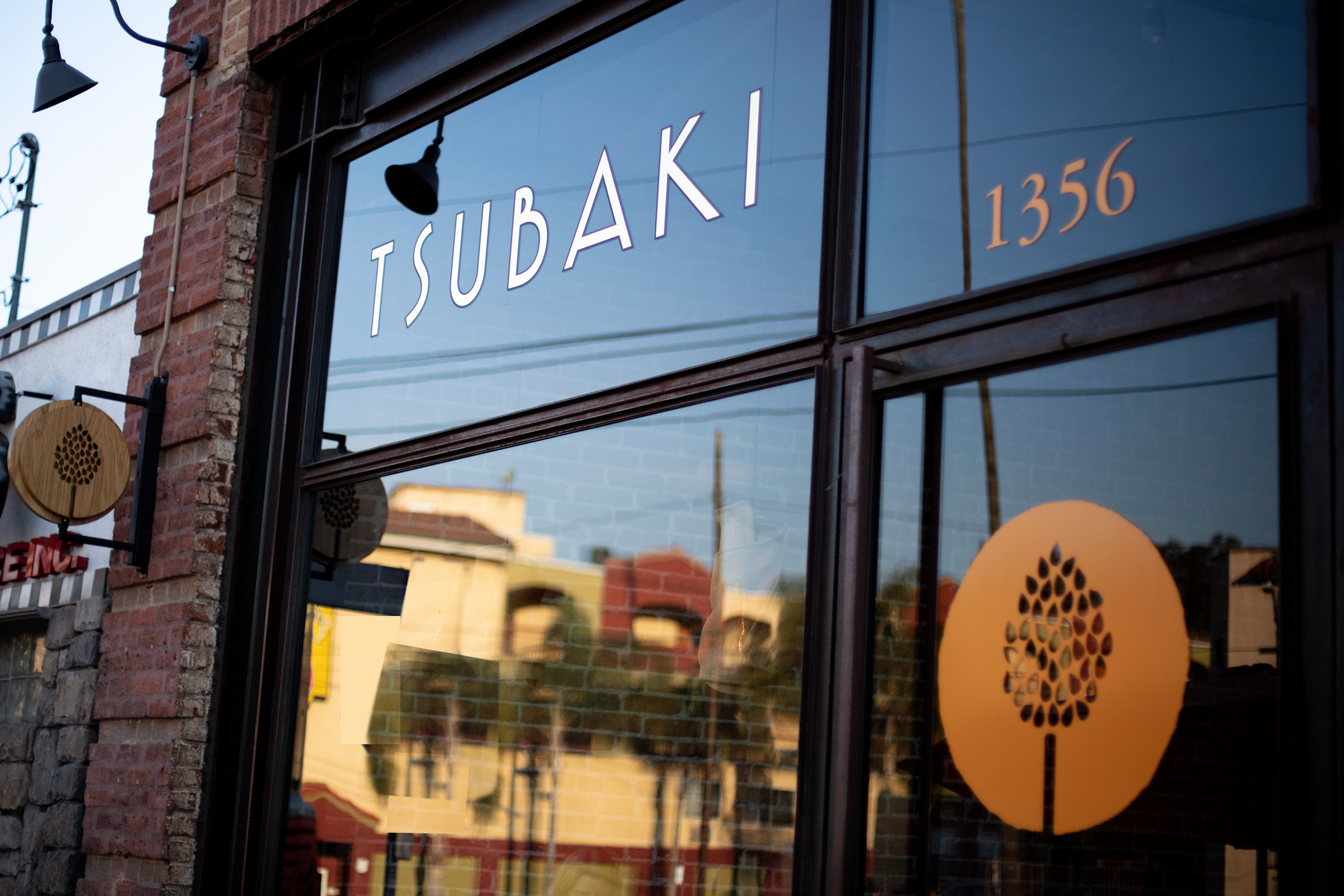 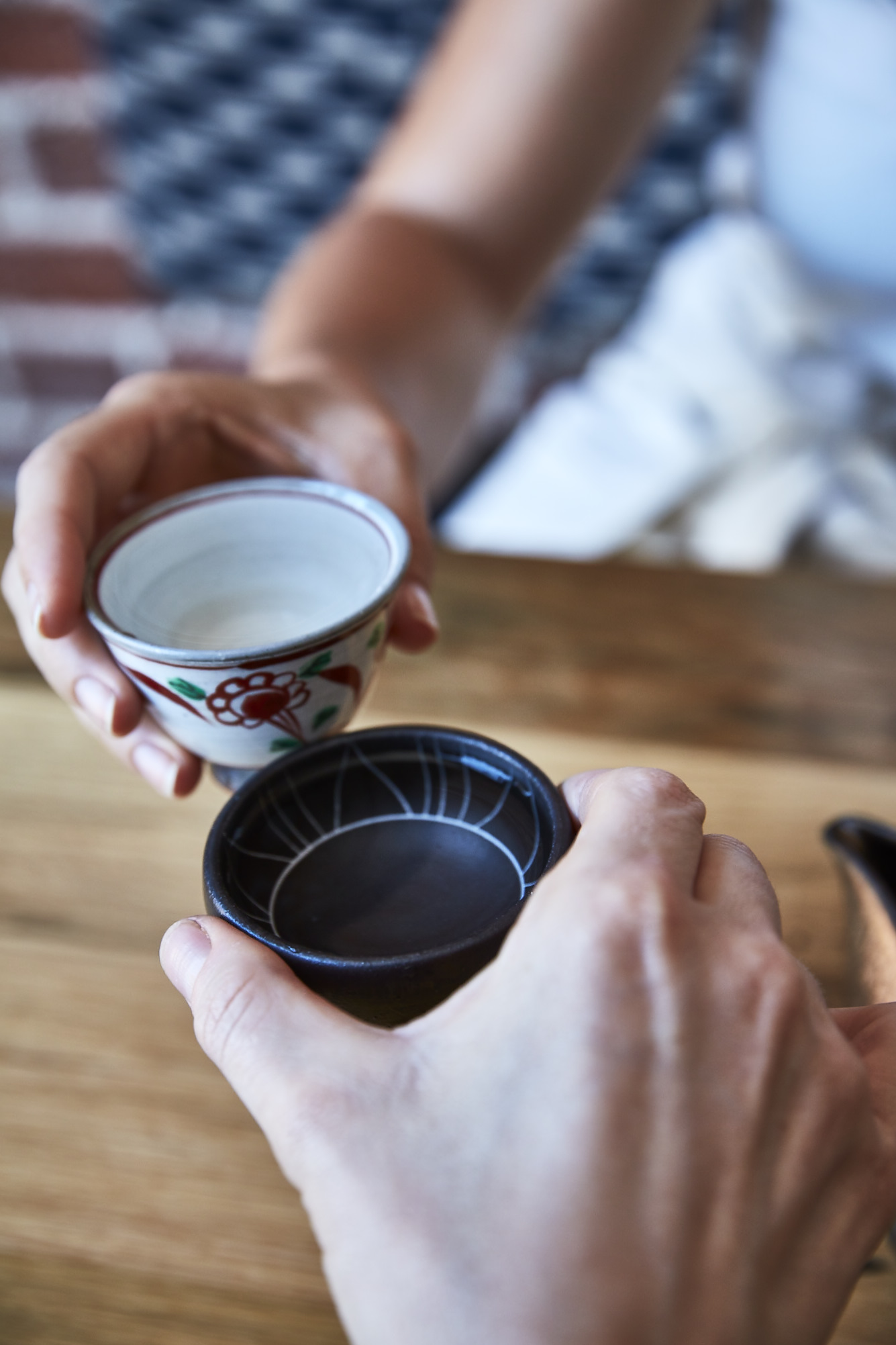 At Tsubaki, a Bridge Between Sake and French Wine 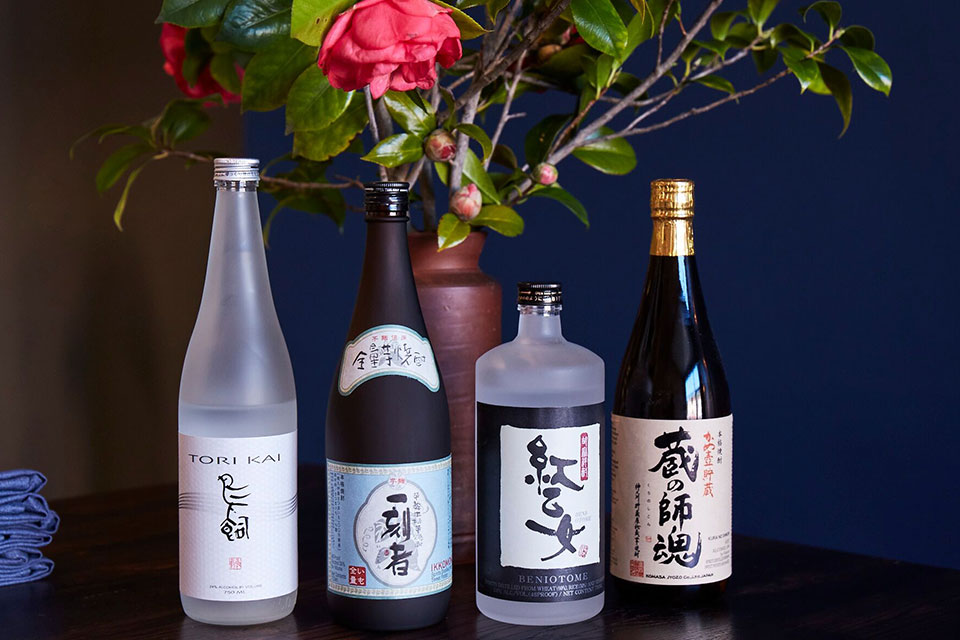 Go Beyond Wine by Pairing Neat Spirits with Food 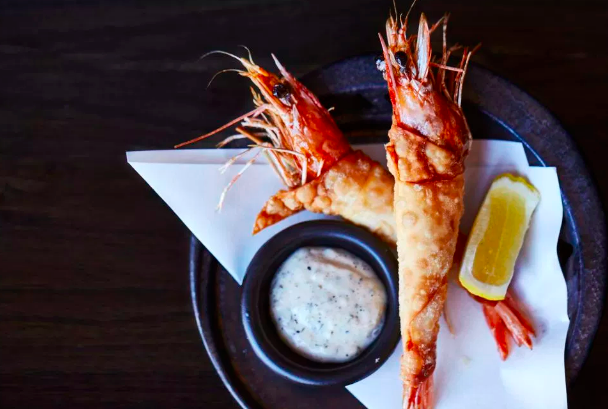 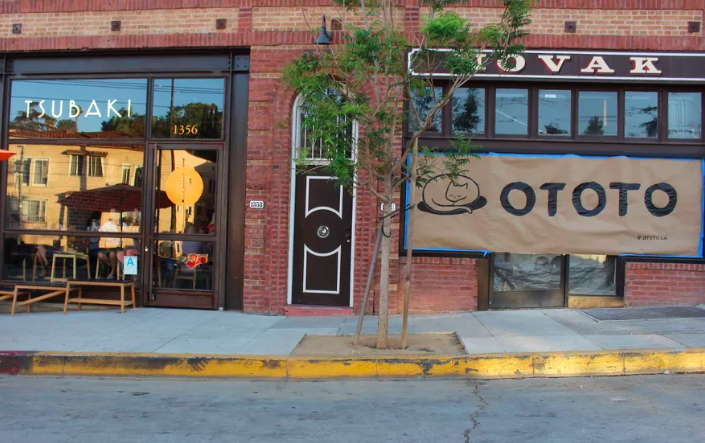 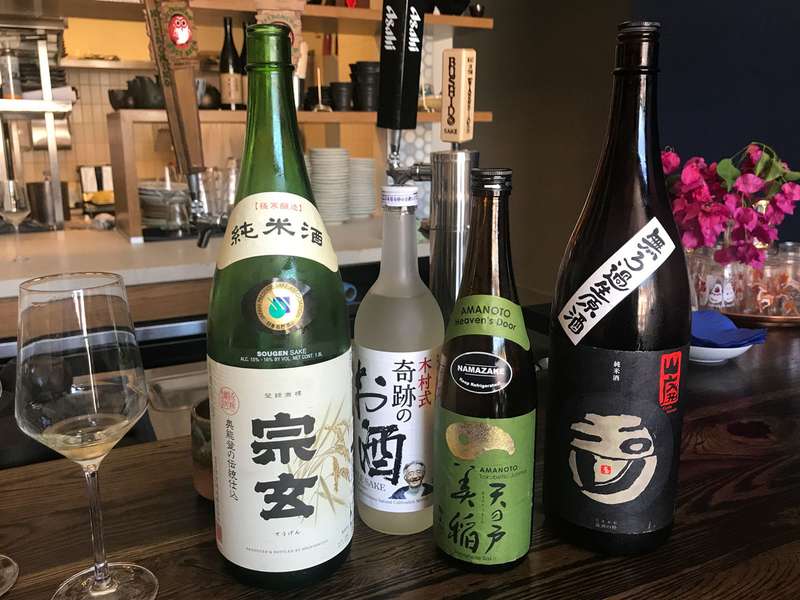 Tsubaki Pours the Most Interesting Sake in L.A. 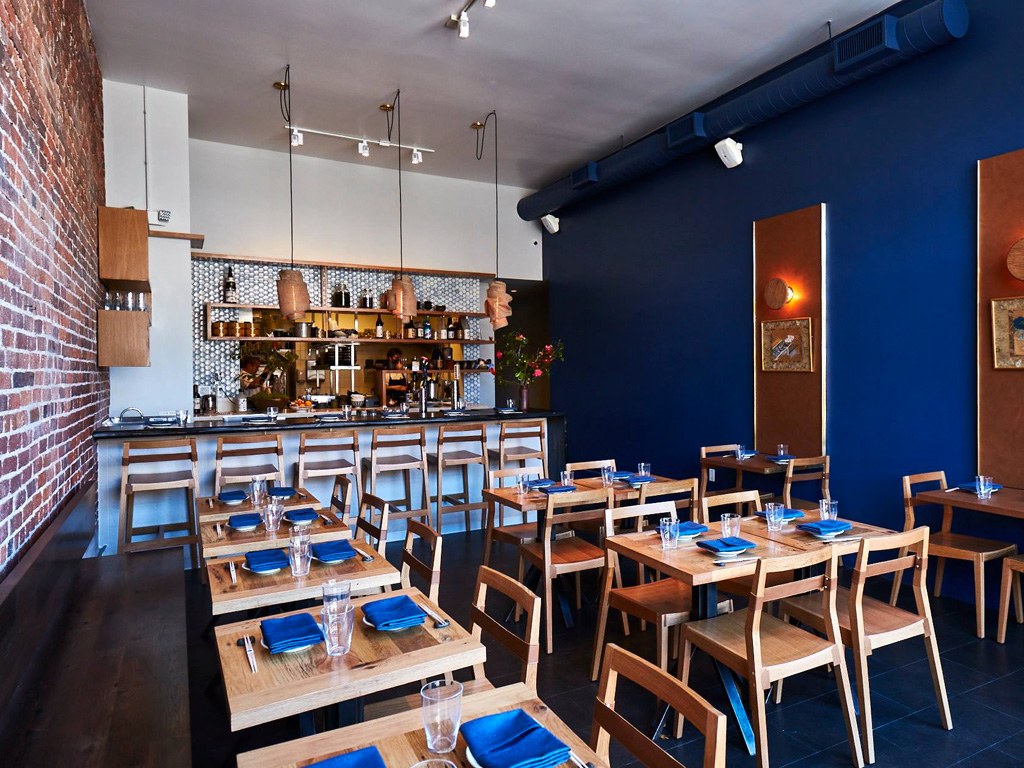 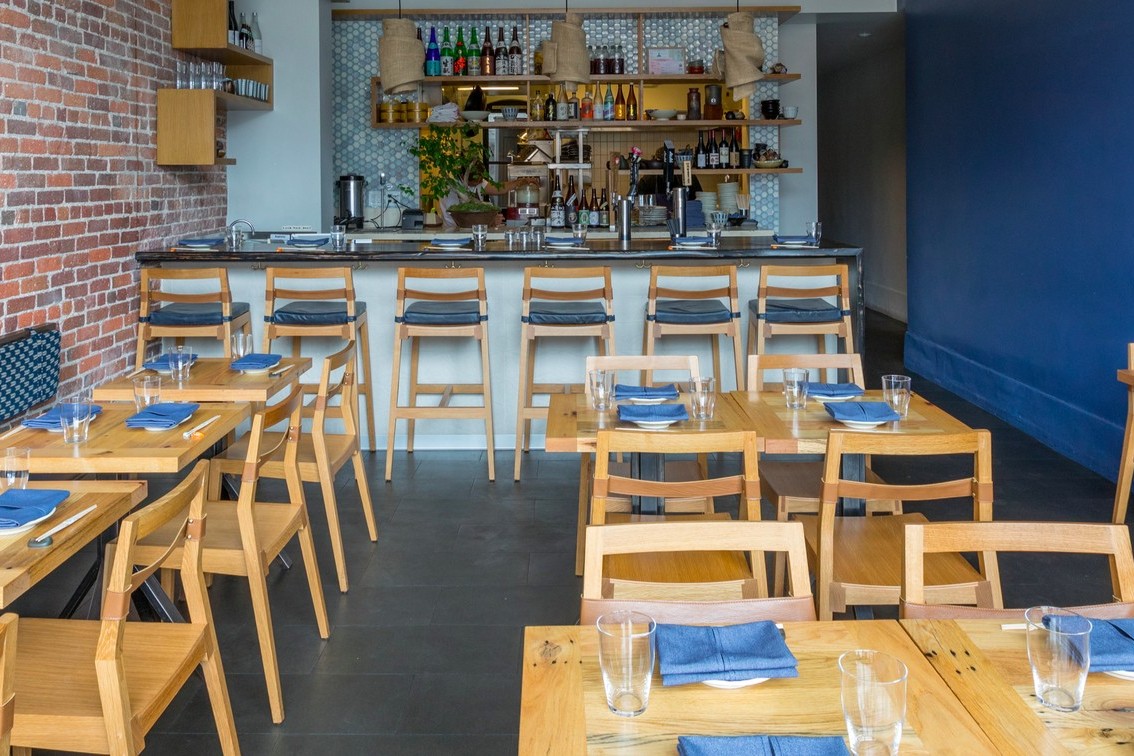 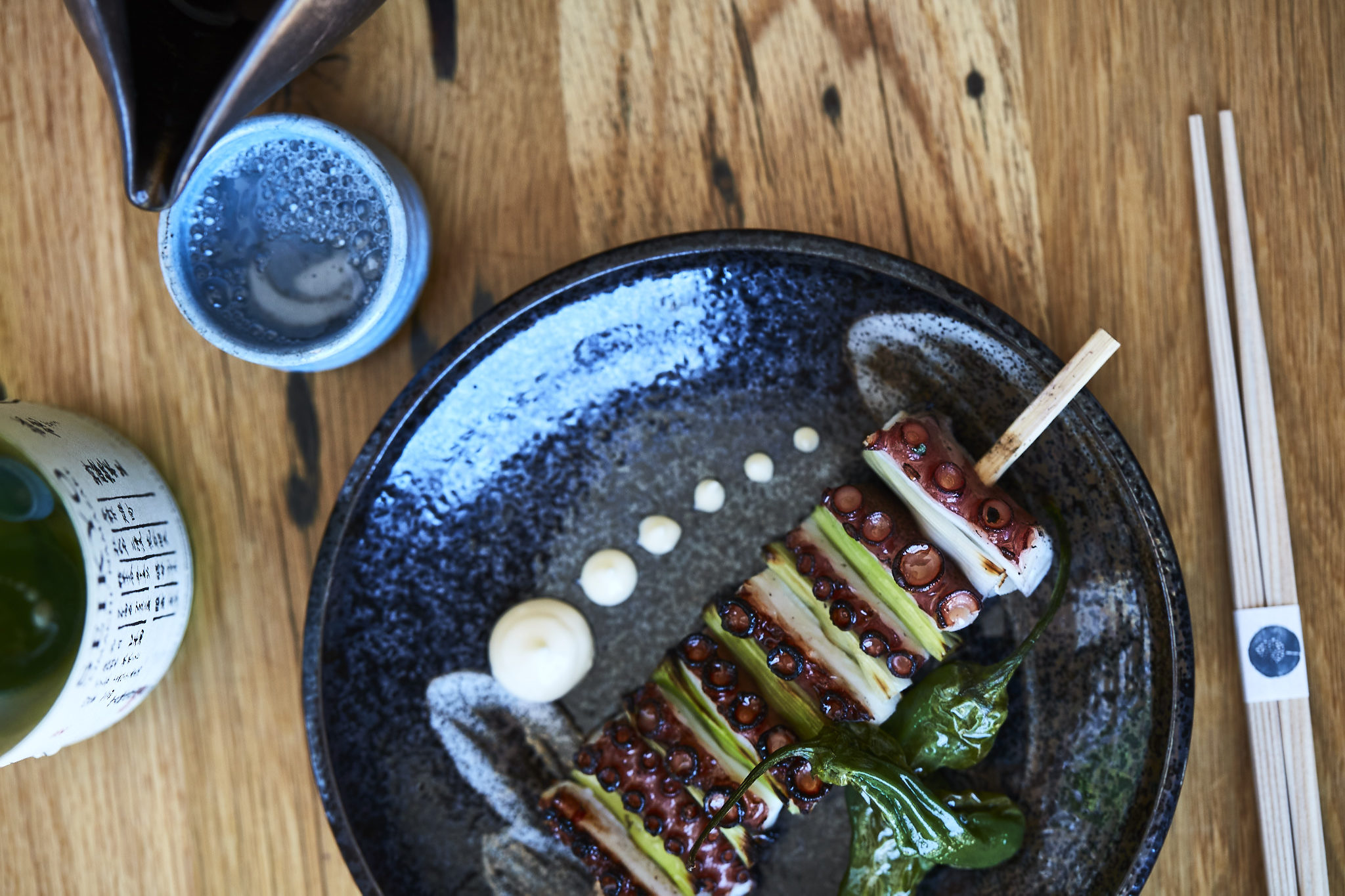 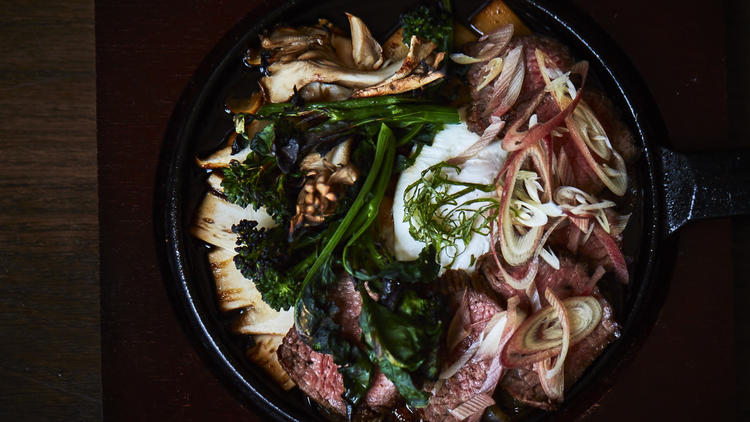 Excellent chawanmushi and sukiyaki at this tiny izakaya in Echo Park 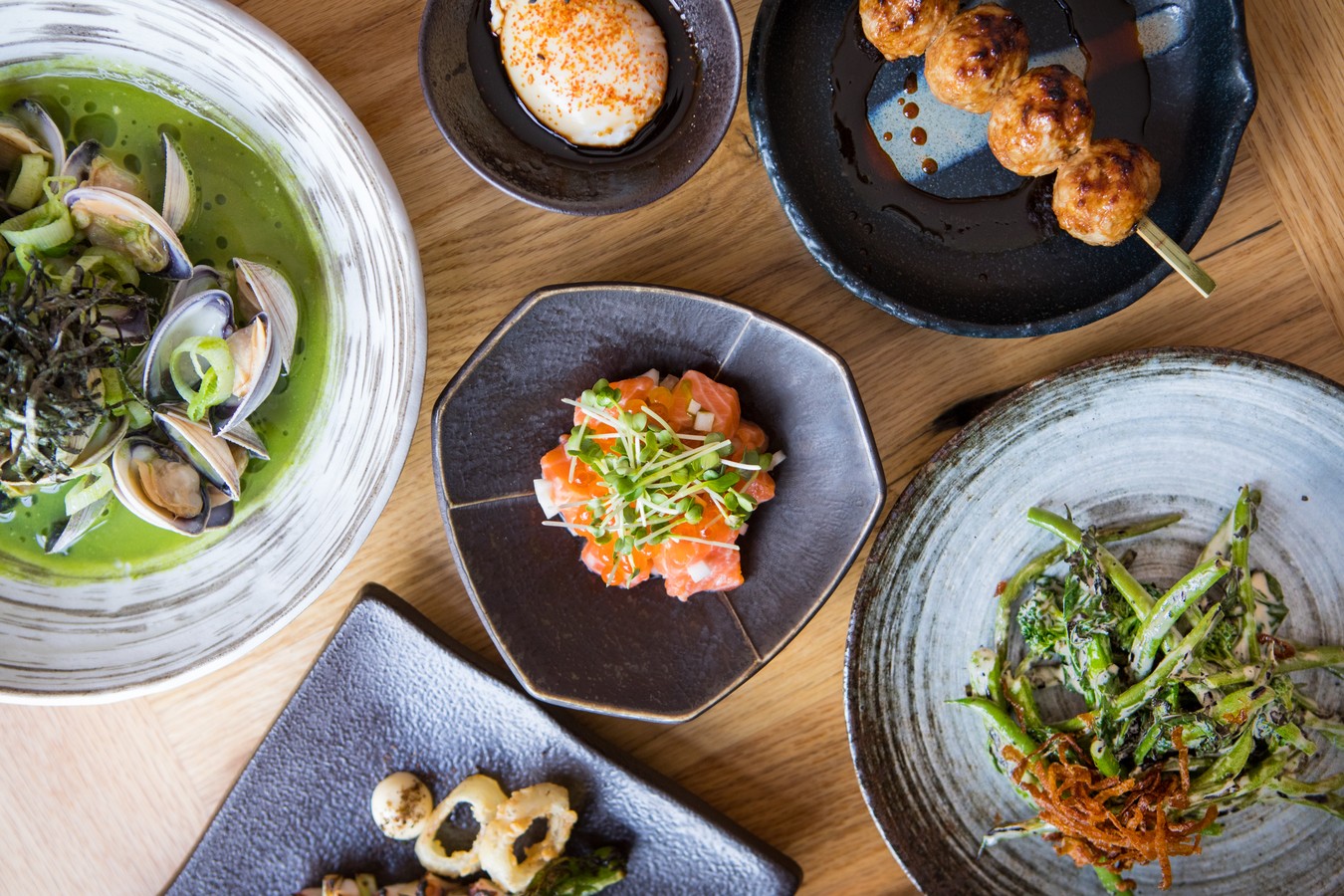 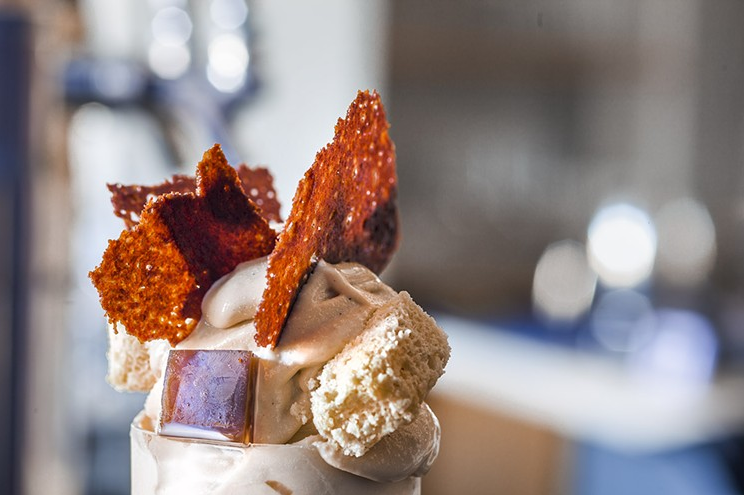 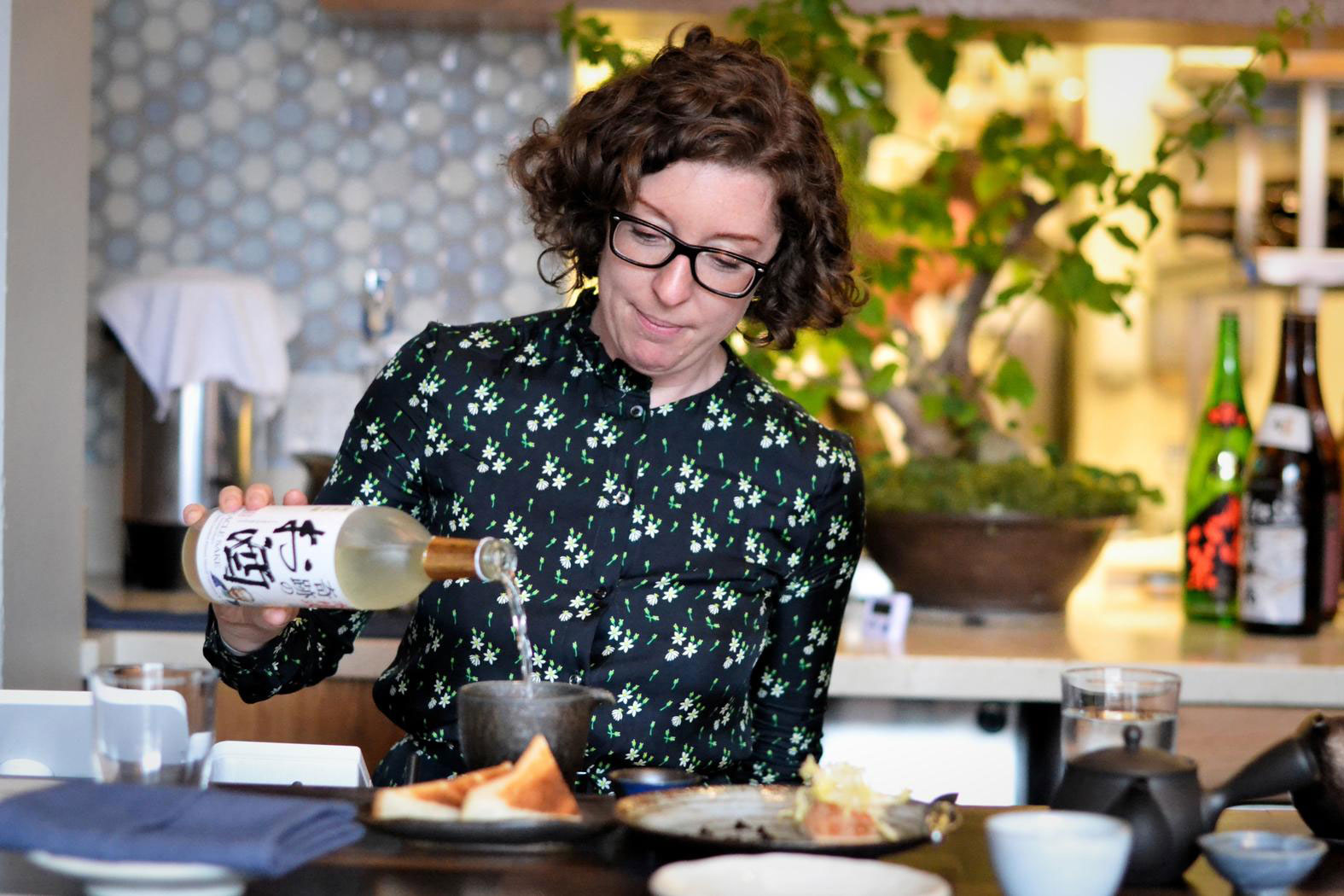 This LA Sommelier Wants to Demystify the World of Sake 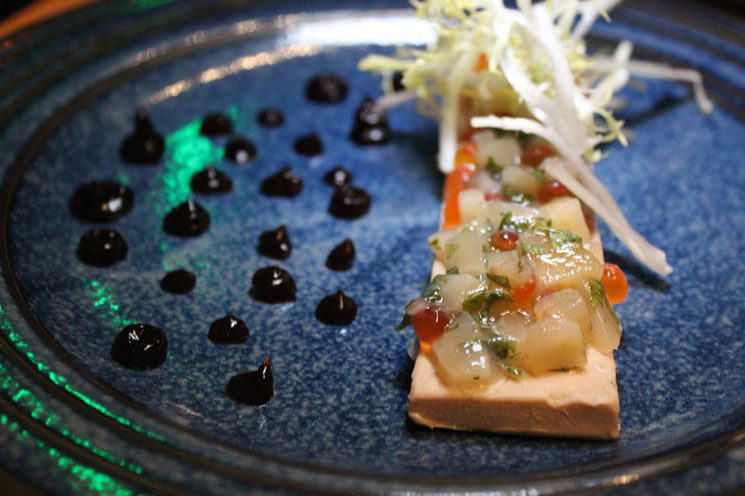 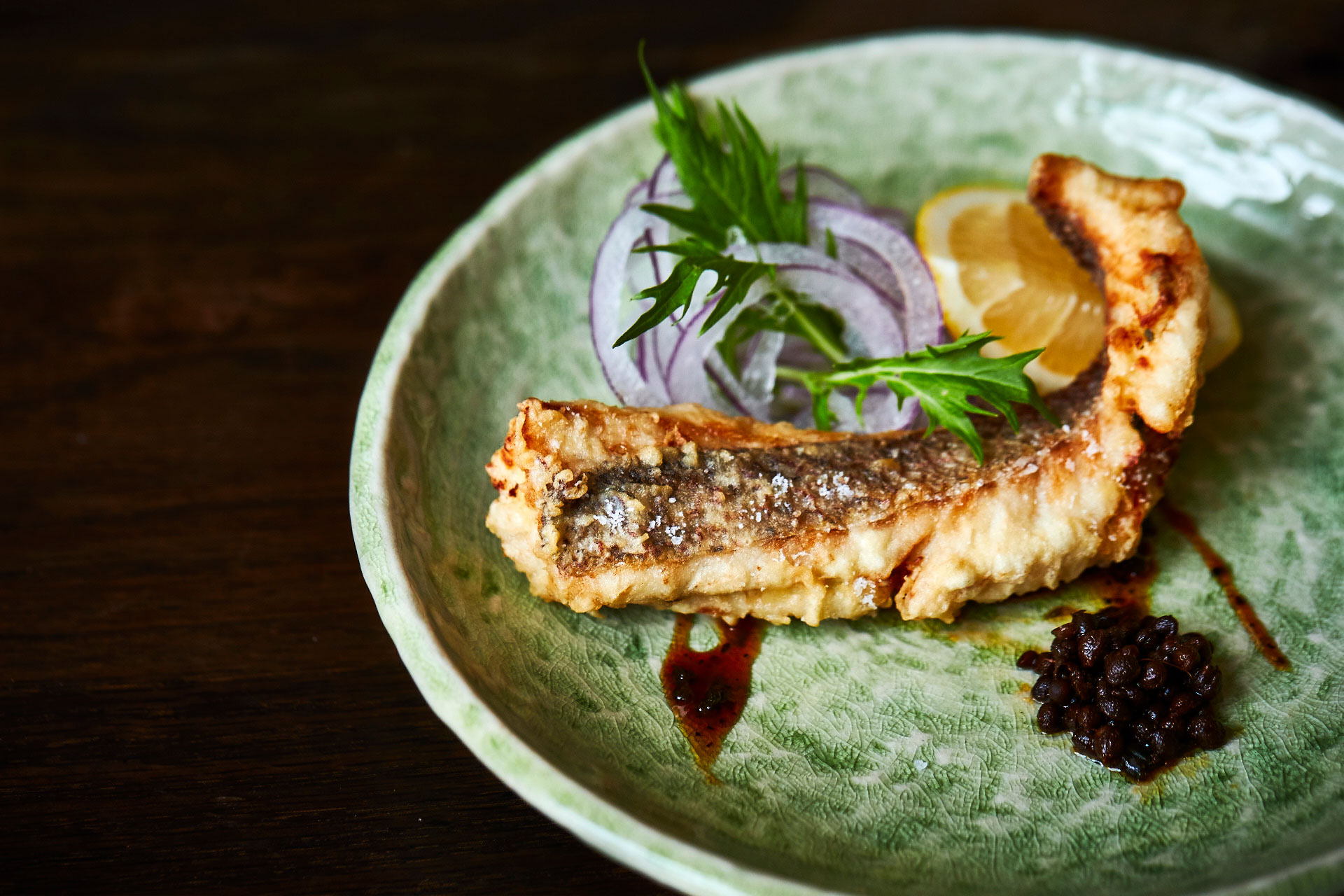 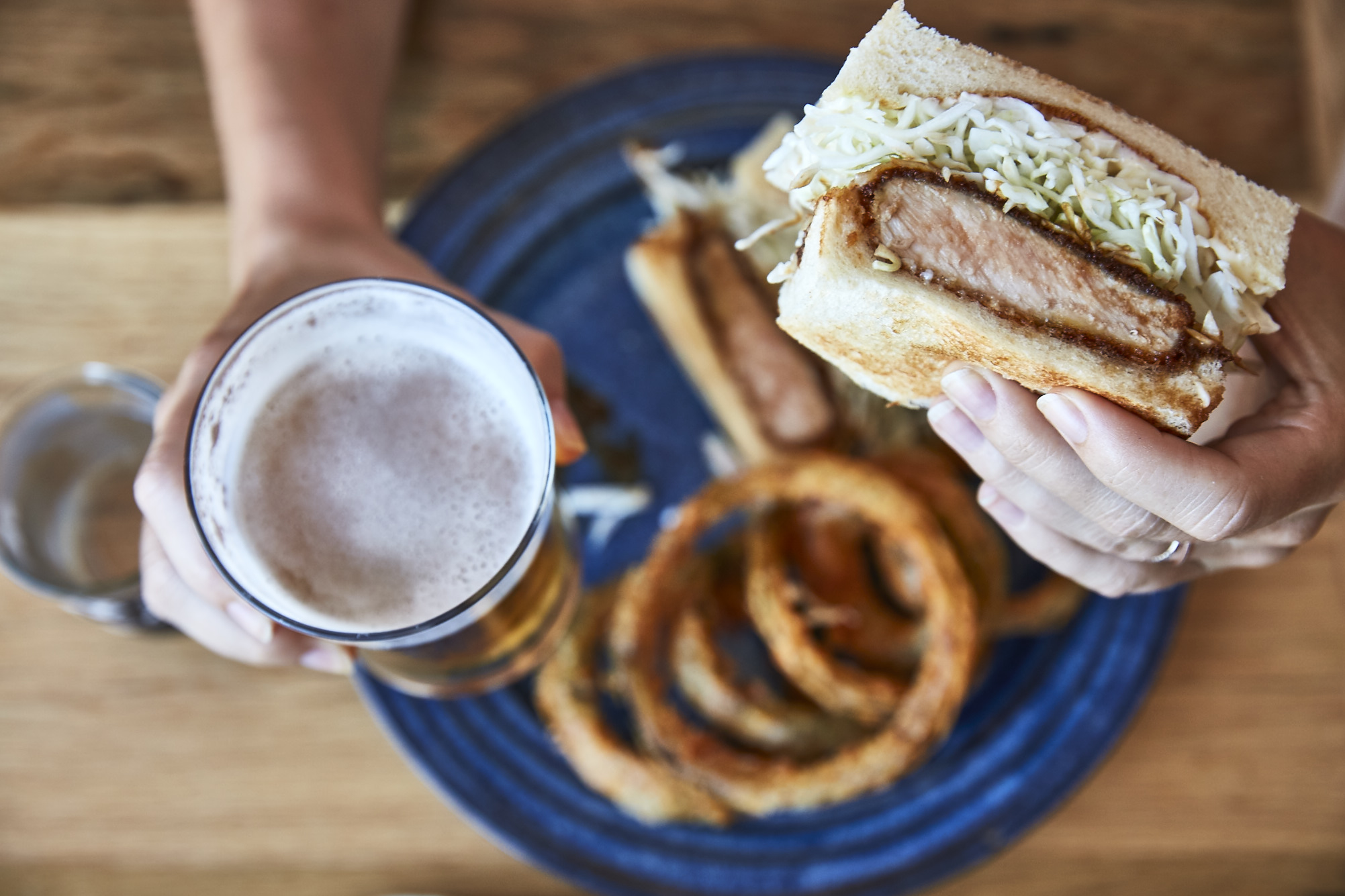 Where to Dine Near Dodger Stadium