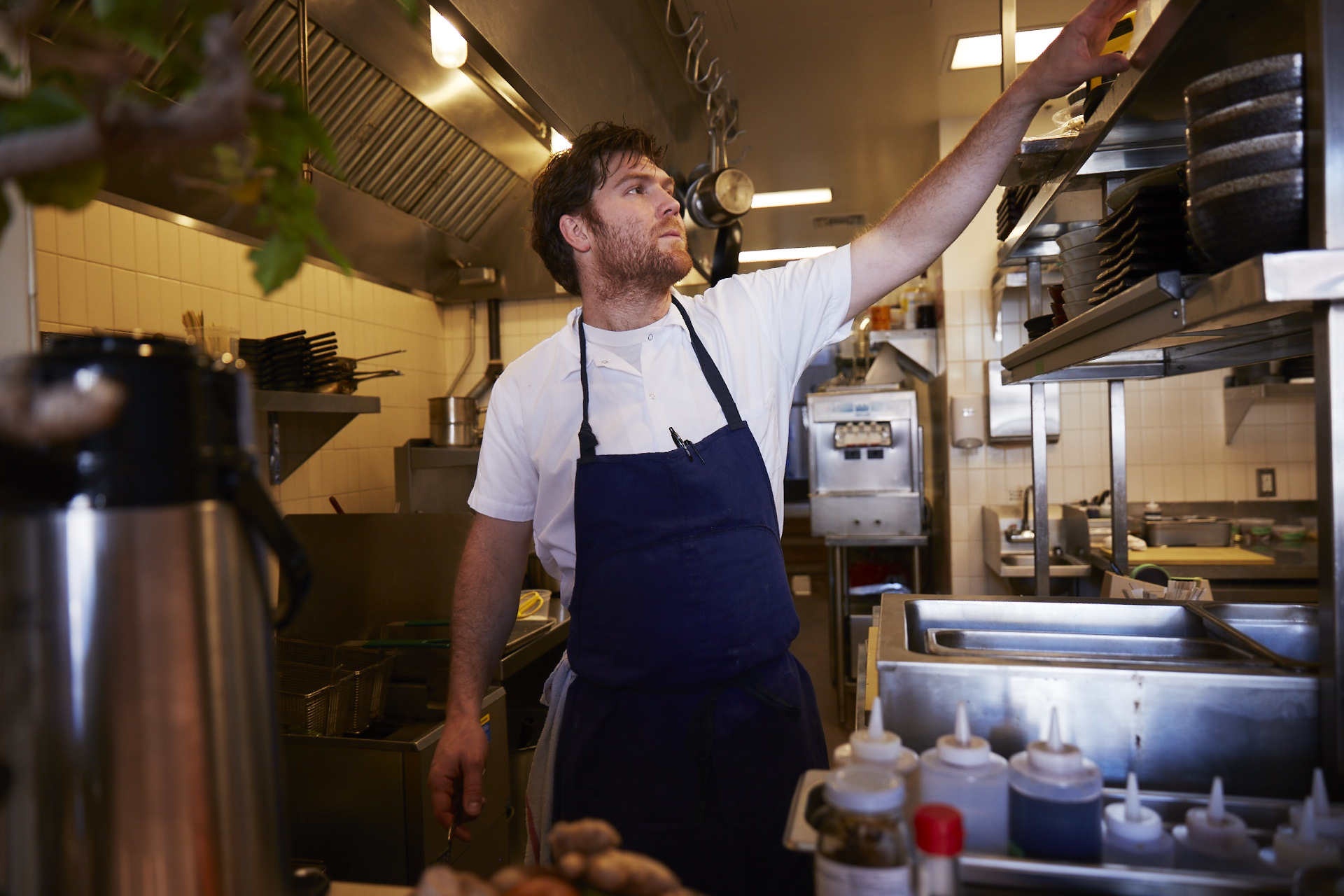 Chef Timothy Lockhart was raised in California and has always been immersed in the culinary world in Los Angeles and across the country. He and his brother grew up in a home where food was at the center of family gatherings, which inspired them both to become chefs. Since working, Tim has been a part of the teams at Guy Savoy, The French Laundry, Eleven Madison Park, and République as a sous chef. He has worked alongside Tsubaki’s Chef / Owner Charles for five years, since they opened the restaurant Fifty Seven in the Arts District together.

At Tsubaki, Tim combines styles such as French and Japanese with techniques to create dishes like the Jidori Chicken Pâté en Croute, which merges the eclectic and traditional. He merges traditional charcuterie technique with a Japanese flavor profile by seasoning the chicken with sancho and five-spice and serving it with kewpie dijonnaise. His favorite dishes on the menu are the tomato kimchi at Tsubaki and chicken katsu sando at OTOTO.

Outside of Tsubaki, his favorites foods are pizza and Korean barbecue, and he enjoys dining at Bavel and Taylor’s in Koreatown. Tim lives in Koreatown with his cat Queso… who may or may not be related to OTOTO’s cat mascot.

Find Tim behind-the-scenes, cooking away at both Tsubaki and OTOTO.